(Author’s note: I’m incredibly sorry for the lack of posting through May. A lot has happened, but it is looking like July is going to be a great month for production, as I am moving from my current location to a place farther out from urban civilization. So, to celebrate my impending move, here’s today’s fictioneers!)

They all said Harlan Fisher was crazy.

“Why would go so far out to sell your blueberries?”

All Harlan would do is smile, as he took his tent to the side of the road at the top of the hill.

Months later, a marathon was scheduled to run through the town, right by Harlan’s hillside stand.

Harlan waited at the top, pitchers of purplish juice ready and waiting to pour.

Runner after runner passed, taking swig after swig of the refreshing juice.

After the race was done, Harlan just sat and looked out at the valley.

Now they knew why.

The waitress teared up as we put on our jackets. I grabbed the last piece of biscuit on my way to the register.

I looked around at the reminiscent decor, all the things I loved that were on shelves just below the ceiling. I pulled a $100 out of my wallet, and gave it up.

“Are you sure…”
“Honey, this place gave me memories. Whatever isn’t for the bill, split it among you three.”

She finished ringing us up, smiling through it.

We walked out the door and saw her turn the sign to closed.

(Author’s note: I got the FTE position at work. We’re just waiting for information. However, today’s fiction deals with those who may not have this newfound security.) 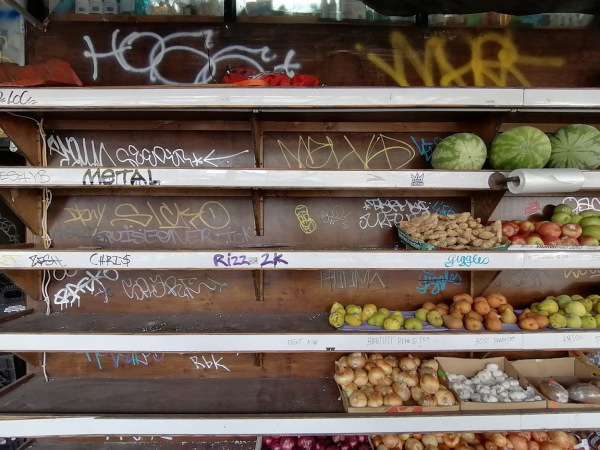 Turn Your Love Around

George Benson wafted from the speaker of the small grocery store.

“Vegetables? That’s all you have?”
“Yep. We won’t be receiving out other groceries for a week at least.”

“You’ve never been short before. What gives?”

The grocer took in a nervous breath.

“It’s not us. It’s the distributor. Shut down because of that nasty virus everyone’s talking about.”
“The company has no other way to get supplies?”
“Nope. Once we run out here, we shut down until we get our shipments.”

Brian turned his eyes down.

“Thanks, Charlie,” he concluded, ready to pay for his vegetables.

(Author’s Note: Adjusting to two computers is a bit of fun, but also a bit of work. Especially when everything you need to do is on one computer…except for important stuff. Anyhow, here’s today’s fictioneers. Also, if you get a chance, go on over to my last Fictioneers story, which I forgot to add to the list last week: https://musicandfiction.com/2018/11/22/friday-fictioneers-so-flows-the-current) 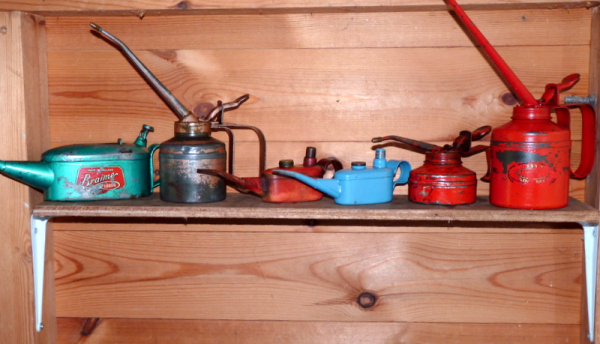 Marty Fieldman looked at his new full-service car wash and oil service, and sighed. Barely a week open, and so popular that he couldn’t keep product in stock.

“Got an order in for it. It’ll be here tomorrow.”

Rico was hid faithful assistant, but always ended up sounding more like a nagging parent.

He smiled at his employees, currently buffing a Mustang.

(Author’s note: As you can tell, I have finished with my job in Korea. I am on a “working vacation” while I get things ready for my move to the land down under. If you want to see what I’ve been busy on, please go read the Warrior series of stories that have been put up over the last month. Can’t wait to hear from you all. And now, here’s today Friday Fictioneers post.)

Be Good To Yourself

The door burst open, a flash of grey and black rushing past the kitchen counter.

Within a 3 minute timeframe, another flash of white, black, and red barreled into the rest of the kitchen. At a breakneck speed, refrigerators were opened, utensils used, ingredients piled, and sandwiches made. At the same speed, everything was put back or wrapped up in plastic bags.

For a moment, Dan Magnum looked around the kitchen, his brown hair still moving from the activeness he just displayed.

He grabbed his sandwiches, got in his car, and zipped down the road to his next destination: Nothing.

The old desires, the old needs, all of them were trying to drop Mayumi in her tracks. And damn if she was going to let it.

It had been nearly three weeks since her ex-boyfriend was sent packing across the Outback on his motorcycle, with her hoping he’d never return. She examined herself fully to see how she was, and for the first couple of weeks, it seemed to be alright. She was getting by on her work at the radio station, spending lots of time working radio traffic during the week and hitting up the 7-10 shift at Shine FM on the weekends. With one day off on Mondays, it was a nice job to have, especially dealing with all the stuff she had to deal with.

What she didn’t expect was those old pangs coming back. The feelings that she had still stuck around, the residual mess that was left to be cleaned up.

It was a Friday afternoon, and as she got home, that she felt the old feeling of loneliness and desire pop back into her life. The indicators were there before, however.

The papers were all stacked up on her desk. Inputs for commercials and liners were ready to be processed. She picked up one of the requests and started to write on the page. As the pen ran across the sheet of wood pulp, her knuckle started to ache. It was a small ache at first. As she processed each request, the ache got worse and her emotions started to run a bit higher. After a half an hour, she sat back and rubbed her hands across her face, ending with one going through her sandy-gray hair.

Mayumi looked at her deskmate, Kelsey. A fresh-faced Sydney graduate, buxom and smart, Kelsey seemed to have a second sense to when problems were about to start.

Kelsey looked at her through strands of her dark chocolate brown hair, and squinted.

“I don’t believe that for a second. In a half an hour, you can get through a stack like that on your desk. You’ve only gotten through half. What’s going on?”

Mayumi sighed, as she continued to process the paperwork.

Kelsey pursed her lips, as she thought carefully. The brunette scratched her hair with a pencil, while she thought.

“It was two weeks ago, right? And how long were you together.”

“Yeah. And we were “together” for over 8 years. High school sweethearts and all that junk.”

“Ow,” Kelsey grimaced, a slight twinge of pain going through her face.

Mayumi sighed and looked at her friend.

“What’s bad is that ah know when my emotions are overwhelming me. The aching in my knuckle tells me.”

“Yeah, ever since ah had this depressive episode back in ’06. Whenever ah have too much emotion, and ah’m about ready to cry or needing to release, it screams at me.”

“Maybe you should take the rest of the day off. I mean, you haven’t taken a day in the year I’ve been here, and you are probably going through some major league withdrawal if it was that bad.”

Mayumi thought about it for a few moments, and looked at her paperwork. She did get part of it done already, but she didn’t want to leave until she finished her work.

Kelsey looked at her again, and sighing audibly, she put her hands out. She told her, without words, ‘Give them to me. You need rest’.

After a few moments of writing the last page on her desk, she gave the stack of papers to her sympathetic comrade and registered her sick leave request with the manager. Getting it approved. she popped into her vehicle and raced home.

She was already into the apartment when she dropped her keys on the floor. She didn’t even notice them, as she stumbled into her ornately decorated bedroom. Falling upon the bed, she grabbed a full length pillow and hugged it tightly. Tears started to flow down her face, dropping it’s salty emotion onto the sleeve of her light silk blouse. She held onto the pillow for dear life, as her mind raced through the emotions that were bombarding her from all direction.

She cried as she recounted the feeling of his touch on her skin, the longing of wanting that touch on her body. The warmth of his hands on each of her shoulders was still firm in her mind.

Mayumi’s mind was in agony as she went through all sorts of memories. She didn’t know what to do with all of them, with all the extra energy that she had without directing so much of it toward her idiot ex. The “good memories” were the ones that caused her the grief she was experiencing, though at times the bad memories came surging upward, forcing a scream into her pillow as she recounted the numerous numbers of abusive barbs.

You’re not worth the time, Yumi.

That was the one that hurt the most for her. It was one of the last things that the idiot said to her the night before he left for parts unknown. 8 long years, and she had her time wasted.

She screamed out curses at his name, at the memories as the tears poured down her face like a mini-waterfall. Her blouse was becoming soaked with her tears, just like the pillow she held onto.

All of the desire that she had, the lust of her heart, the pain and memories, flowed out of her. The pain in her finger throbbed at all the emotion coming from her.

The culmination of the three weeks of stress and all the old feelings had burst forth from it’s prison. As she sank into what would be called a deep sleep, in the last vestige of her consciousness, she saw a vision of an old tree chopped into firewood, and a hole filled with dirt.

Finally, she was facing all those emotions head on. And the healing would begin in earnest.