Took a break last week with some other stuff going on at work, so I am back (though a little late): 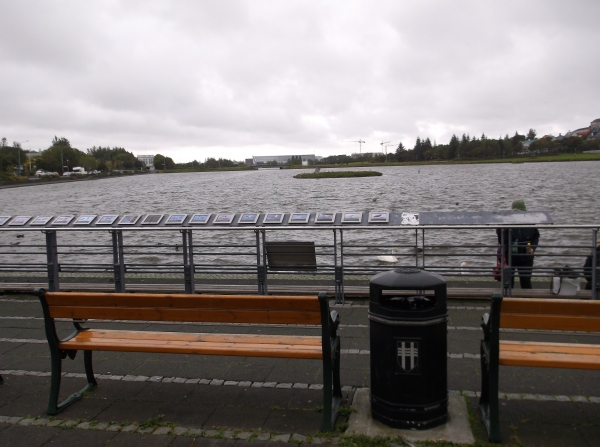 “Dad, was this place always filled with water?”

“No, son. This area used to be a major quarry for the local marble company.”

“Why didn’t they continue with marble here?”

“The company went out of business, son.”

“I never knew about this place, what it was.”

“That’s because it changes all the time. Everything changes after time, even you.”

“But Dad, do you think I’ll change so much to be unrecognizable?”

“You won’t be unrecognizable. People will still remember what you were, and what you are. In people’s minds, you’ll be forever young.”

Paul Meister was a man of the streets.

For as long as he could remember, the streets of the big city were his home. They were the bread and butter he would eat every morning, the cheesesteaks “wit wiz” that occupied his waistline during the afternoons, and the cool air of the night as he drove around the city.

He knew every crevice, every nook of the streets he traveled on. No matter what time it was, he could find a way to get to his destination without worrying about using the GPS in his car. He would take a shortcut if it took a little time off the clock. He grew up on these streets, knowing it was safe to drive at night, and which parts of the city were skeevy enough to avoid in the overnights.

The sound of the lines in the concrete filled his vehicle as he traveled. The staccato of the breaks keeping a steady beat to the music in his head. The interstate was the main way to get to a place, but he always liked to use the side and back roads if possible. This night, however, he needed to be on that stretch of concrete slabs. It was where he was required to be.

He looked up at the tall buildings along the downtown freeway front, of the big pink colored building that the locals called “The Flamingo”; the old Killer Kola factory, which at one time also helped make and store “Billy Beer”; even the double-decker bridge that everyone called “The Iroquois” was able to be seen from his seat. All of these things helped him to realize just how rooted in the city that he was.

The darkness that enveloped the city on this night was palpable. As he pulled off the freeway and onto one of the main surface thoroughfares, he looked around at the area he was about to enter: Old Koreatown. When he first started navigating the streets, Old Koreatown was a place no young man was to go. The area was a mess of dry cleaning shops, liquor stores, shik dangs, and brothels hidden as hair salons. Gangs would make their dough on those streets, and if one wasn’t careful, they could end up in a body bag the next day.

But that was the old Koreatown way.

The new image of Koreatown was the development of high-rise apartment lofts with Korean aesthetics, and trendy coffee shops, or patisseries. It was a gentrified area, lacking the charm of the old neighborhood while still trying to stick with it. Paul missed the old Koreatown, and knew that the new Koreatown was not as good as the old was.

He looked at the signs on the edge of Old Koreatown, and found where he needed to be. He pulled over to the side of the street, next to a stop sign and smiled. He looked to the east, as he saw the faintest glimpses of green and yellow start to tickle the horizon. He started to drift, looking at the beauty of a new dawn.

The rear passenger door opened. Paul looked back and smiled.

“Alright, lady. Where ya wanna go this morning?”

The lady, a striking beauty in the middle of the budding dawn, just sat back and sighed.

She just smiled and settled back in for the long drive.

Paul knew the streets, and this time, he wasn’t in a rush to get his passenger to the destination. He wouldn’t overcharge her for taking the long way and watching the sun rise.

Took last week off because, after the September from Hell that was unleashed upon me, I needed a bit of a break. Now, I’m back to doing what I do, and hopefully will be less tired and do more other writings. Here’s the latest Fictioneers story for y’all:

“I know it doesn’t look pretty, but we’ll do fine with what we have.”

Paul and Mark looked around at the studio, and smiled.

“We don’t care. We’ve got some ideas, and the studio will be fine.”

Mark looked over at the engineers, and pursed his lips.

“Just curious, why didn’t we get the normal studio?”

“Apparently, the last folk that were in the studio,” he chuckled as he relayed what he saw, “They smoked it up in there.”

“Those kicks just keep getting harder to find, man.”

Mark smiled, as he looked at the sheet of music in front of him…