(Author’s Note: Just when I thought things were stable…boom, changes at work. Better stories on the way. Give it time, and here’s another Fictioneers to tide you over!) 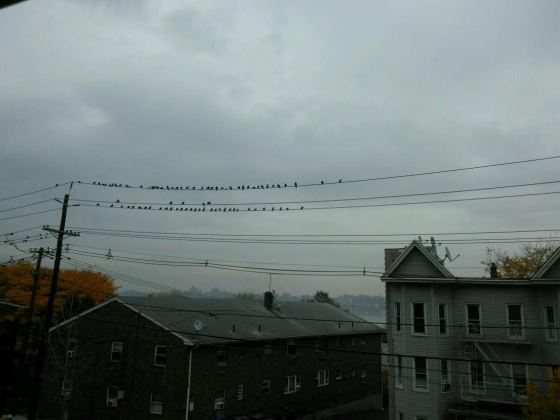 Bird On A Wire

The claws gripped his ankles.

He looked down and tried to strain away. Feeling like he was about to tear free, he leaped.

Only to be pulled back in by the claws.

He trudged along, the claws never letting go. He could cut off his feet, if he so chose, but the claws would just latch onto his knees. He realized this, and finally did the only thing he could do.

He asked for help. He called out for help in the darkness.

A single pinprick of light shown through the darkness, and as that pinprick grew, so did hope…