Teddy stood, brushing the sand and dust off his clothes.

He lodged the large, uncut opal into the top of the headstone.

Teddy’s father spent most of his life in the holes next to where he now laid. His fortune was in opals, a dangerous job with a great reward. The cancer treatments, though, depleted that fortune and left it all gone. By the time Teddy showed up, it was too late. He died.

“I’ll be back soon, da. I have to close this deal on oil with the Singaporeans.”

(Author’s note: It’s 3-1 in Korea, Revolution Day. This means a day off. The only one I’ll have for the next 2 months. So today, I give my best! Enjoy! And there will be more stories during the week as I go walking and enjoying the nice weather.)

“I wish I could travel,” Rockne said, staring at the bright clouds above.

“Where would you go? Not many people leave Blackford County,” his cousin, Marcus, replied.

“I dunno. I had a dream of beautiful girls in robes recently.”

“Are ya thinking of Japan?”

Marcus turned to his side and looked at Rockne.

“You got the hots for Yumin in science class.”

“She’s from Korea, and quite nice to look at.”

Rockne squinted, as the sun came out.

“But yeah, she’s my ray of sunshine…”

(Author’s Note: Dealing with a sinus infection, headache related to, and all this other jazz. Forgive me if things seem a bit off.) 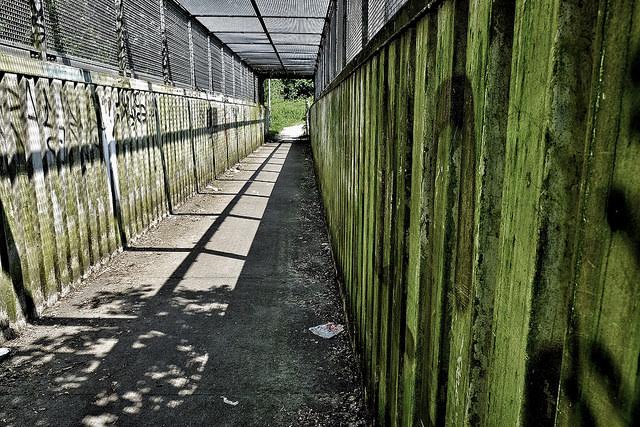 Waiting In My Dreams

The pathway was dark, surrounding me with the litter of my mind. Things said, things written. At the end, I saw a solitary man.

“Let me through,” I said.
“You didn’t do things right this time,” the man said
“Want to make a bet?”

I pulled out my tazer and made him ride the lightning. After a good 10 second jolt, I stepped back and waited.

He didn’t move an inch.

“I am not afraid of you,” I said defiantly.
“Probably not. But you’re still not getting through.”
“Why?”
“Not your time yet.”
“Then I’m sitting here until my time comes.”

Gina sat on the hood of the car, looking up into the sky. She reached her arm out and tried to touch the stars.

“What are you thinking, Gina?” her cousin Brian asked, arm and leg hanging off the side of the car.

“I’m thinking about quitting my job, finding a place with no light, and counting stars forever.”

Brian turned his head and smiled.

“Has life been that bad for you?”

“Nah, I just am tired of civilization.”

Brian looked up at the stars, and smiled.

“I’d have to come back to people…”

15 years ago, Charles Martin stood on top of an outcropping over Lake Superior and yelled out to anyone who could hear him on the lake.

“I WILL NEVER, EVER, GET MARRIED!”

Charles was a frustrated man. From the time he was young, everything he wanted to do was thwarted in some way. He had a dream of becoming a congressman, and the corruption of those who he looked up to left him in disgust. He had a dream of going into the NFL and becoming a great running back, and a torn ACL in high school killed his career before it could even start. Before that day, 15 years ago, he was engaged twice. Both times, the women left him.

“You are just not right for me after all.”

Charles was so frustrated by these dumpings, and his incredible bad luck during his teen years, that at the age of 24, he made his proclamation to God, the world, the water, and anything that could hear him.

Those 15 years gave Charles a chance to get himself on a better track. He graduated from college, toured the United States, and later left for China to teach Mathematics to university students.

He and his fellow teacher, Shen-Wei, sat in a bar and joked over a couple of Qingdao beers.

“Man, I could never live in the US again. They’re just falling over flat. Being here…it’s close to heaven,” Charles said, his speech slurring slightly from the amount of beers that he has.

“China can be good place for people. Not exactly heaven, but it has great beer.”

As they laughed at the botched reference to an old Wisconsin tavern tune, a young lady walked up behind Shen-Wei and tapped his shoulder. She asked a few things in Chinese to him, and he replied brusquely. She nodded, and walked over to Charles.

“I told your friend, you are very handsome,” she said, in broken English.

Charles eyed her up and down, to get an idea of who she was. As he finished giving her the scanning eye, he noticed a small tattoo on her shoulder. The tattoo was of a celtic cross. He started to feel a bit fuzzy, as he looked down at his own shoulder. He remembered getting a similar tattoo years ago, without even thinking about things.

“Where did you get the tattoo?” he asked her, skipping all pleasantries.

“Korea. I got idea in vision.”

By this time, the fascination had gone by. However, his heart wouldn’t let him leave it behind just yet.

“What is your name?”

After that first meeting, Charles went home and sat. The image of that celtic cross on her shoulder, in the same exact place as his, made him wonder.

He tried to forget her, but everywhere he went in the city of Qingdao, somehow she was there. Even if she didn’t talk to him, he still saw her dead in his sights. Slowly, but surely, he noticed that he liked going places and seeing her there. He didn’t know what he could do. He made his vow. Did this mean that he was falling for someone again?

The answer to his question happened about 2 weeks after the last encounter, 6 months after their first meeting.

He sat in a park in Qingdao, looking around and just resting. He had seen Cindy earlier in the month, but started to avoid the bars. He just wasn’t interested in drinking cheap beer anymore.

He looked up from his bench and straight into the deep dark brown eyes of Cindy.

“Cindy…what are you doing here?”

“I came to find you. You haven’t been around.”

“I decided to give up drinking and bars.”

Cindy smiled, and sat down.

“There is famous poet here, many years ago, said something important. “A man who says he never marries, will find love when he doesn’t want it.””

“Not another Confucius says…”

She looked at him and turned a small bit of fire on him.

Charles continued to groan. This made Cindy man.

“It don’t matter where you go. It’s going to find you anyways. You can’t run from love.”

Charles looked at her, his eyes staring at her in disbelief.

“Tell me, Cindy. Are you trying to say you love me?”

Charles was floored. He didn’t know what to reply.

“I said once that I would never marry. What would make you different from the others who left me?”

Cindy looked at him square in the eye and pulled her shirt over her head. Next to her tank top, on the shoulder, she showed him the celtic cross. She grabbed his sweater, and pulled it to show his.

He suddenly realized that it wasn’t going to be the same as the others. If he didn’t take his chance now with this woman, he was lost forever.