(Author’s Note: I am not sure about the things that are going on in my current life right now. I will update as I can, but I am not sure when I’ll be back to extra writings on the blog besides Friday Fictioneers. Here’s today’s offering.) 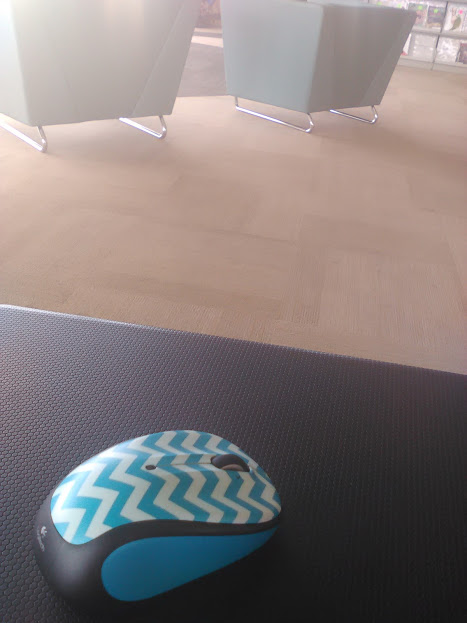 The Name Of The Game

Mark Daniels kept clicking the mouse. He was barely listening to the person in front of him.

“And that’s why I can be the best at your company.”

Mark didn’t look up, but kept clicking the mouse.

“Alright. Thank you for coming in. I’ll contact you if you got the job.”

The interviewee just looked at him funny, then turned around and left out the door. Mark waited until the door closed, and he tore up the resume.

“Not gonna waste my time.”

He kept clicking on the mouse, looking at the scantily clad women on his screen. A small smile came across his face.

1980. It was a bad year for Labour, but a great year for my boys. I was a member of Parliament at the time, but I took a leave of absence in order to take care of my wife, Hilda. A lovely lady, she was staying with some of her cousins in Pittsburgh, and came down with something incredibly awful. Now if I could only remember what it was.

Anyhow, May of 1979 was a big time for my boys in blue. Or, rather, in this case, it was my boys and girls in blue. See, we just got off a major win taking over Westminster. 63 extra seats netted us 339 seats in total. This was excellent! Old Ed Heath couldn’t have done that if he was standing upside down, wearing a Donald Trump toupee and singing the Doctor Who theme song!

Anyhow, I just got back over in January so I could meet the new leader of our fair United Kingdom. I met her before, when she was merely an MP based out of Finchley. To see Margaret Thatcher, who I loved to call “Mags”, as the head of all of the British Commonwealth made my heart tickle. I happened to arrive at 10 Downing on a beautiful Friday morning.

I was just about to go into the residence, when I heard the most interesting sound coming from behind the door. I heard music. And not just any music, but music I was familiar with. And, sure enough, as I was let into the Prime Minister’s place, I heard music that I likely only would have found in Studio 54 back in New York.

Poor ol Denis was sitting at the table, slowly lowering and raising his head on the table, looking like he had lost his mind. And there was the Prime Minister, Maggie “Iron Skirt” Thatcher, enjoying her latest addition to her collection of music: Abba’s Greatest Hits, Volume 2.

“Oh, this is particularly delightful! I have not experienced such music in a good long time. Tis’ a shame it’s wasted on American youth, when the British should be getting into it as well!” she said, aloud, as she danced across the telly room. I recognized the song that she was listening to, with it’s popular refrain of “Gimme Gimme Gimme, a man after midnight.” Which she also happened to sing with an interesting lilt in her voice.

I cleared my throat and chuckled as she danced. She turned around and looked at me, and grinned a large grin that I had not seen from her in quite some time.

“Actually, my fair Prime Minister, it is currently #3 on the British charts. So our youth are, in fact, getting into it.”

“Well, that will be a wonderful note to add to my list. How is your wife, Prentice?”

“She’ll be alright, just a little confusion,” I told her, lying through my teeth, “She’ll be back in Birmingham in no-time”.

Maggie turned down the volume on the song, which was ending anyways, and looked at me with those stern eyes that would later stare down Mikhail Gorbechev.

“You, sir, are lying. What is going on with your wife?”

“Alzheimer’s. Early onset. She’ll be staying with my cousins in Pittsburgh. It means I’ll be making trips periodically. I may have to stand down at the next election.”

She looked at me with sad eyes. I will never forget what she would tell me next.

“Your wife will be a treasure even while you’re away. You will live long lives, no matter where you are.”

That was Maggie. She was someone I could admire, and someone who would always be there to give someone comfort. Even if some of the more ardent of folk didn’t care for her.

We talked for a good 20 minutes about the important things, which allowed her husband to gratefully go upstairs, change his clothes, and go out for a while. I’m thinking he found a hotel and took a nap, though I cannot be too sure.

After our 20 minute talk, she insisted that we listen to more music while working on the rest of the new developments that would impact my constituency in Birmingham. So we continued to listen to Abba’s Greatest Hits, volume 2. Everytime “Gimme Gimme Gimme” would come on, she would dance and laugh. It delighted me so, that even when I retired for the 1983 election, I still would remember that song and the look on the old dame’s face.

I went to live in the States after 1983. And, as I sit here and watch the world pass me by in my chair looking out over the business that is Pittsburgh, PA, I remember Maggie Thatcher very vividly. An old Tory warhorse, now reunited in heaven with her companions. Here’s a pint to you, Iron Lady.

* This was a fictional account. No one actually knew IF she actually danced to ABBA, but we figure that it would be quite awesome if she did. RIP Margaret Thatcher.